This project started back in February 2003 when I had the opportunity to purchase an aging arcade cabinet from a co-worker. I was told it was a Super Mario Brothers standup that was still operable, but had seen better days. I purchased the cabinet, got it to my house and almost immediately started tinkering with it.

When I first opened the back panel, I noticed the manual inside. It was entitled "Super Mario Brothers: PacMan upright conversion instructions". I was amazed that someone had taken a wonderful PacMan game and not only changed it out for Super Mario Brothers, but had simply spray painted the cabinet black in the process.

The first step in my conversion was to actually get a custom joystick panel working and get a computer put in to run mame.

Since both the original PacMan and Super Mario joypanels are made from a single bent piece of plate steel, I decided to replicate this for my conversion. I bought 1/16th plate steel and a manual metal brake. After a day of bending, cutting and drilling with a friend of mine, I had a brand spanking new, one of a kind joypanel. The layout is set for 8 buttons per player including the 3×3 setup for street fighter style games as well as the extra button to accomodate Neo Geo games. You can read up on the more detailed process here: http://www.thetylergibson.com/arcade-cabinet-metal-paneled-joysticks/

Next up was ordering parts. The joysticks are comprised of Ultimate Joysticks from HappControls (link), Horizontal Microswitch Pushbuttons (link), and a couple of USB Gamepads that supported 8 buttons per pad. Also purchased several hundred feet of 24AWG solid core copper wire, project boxes and molex connectors from radioshack. You can read all about the process of making the USB encoders here: http://www.thetylergibson.com/build-your-own-usb-control-panel/

With the encoders finished and tested, it was time to hook everything up.
The inital computer for the cabinet was a microATX nforce motherboard with a Duron 1.3ghz processor and 128mb of pc2100 memory with a 30gb hard drive and a 52x cdrom drive. 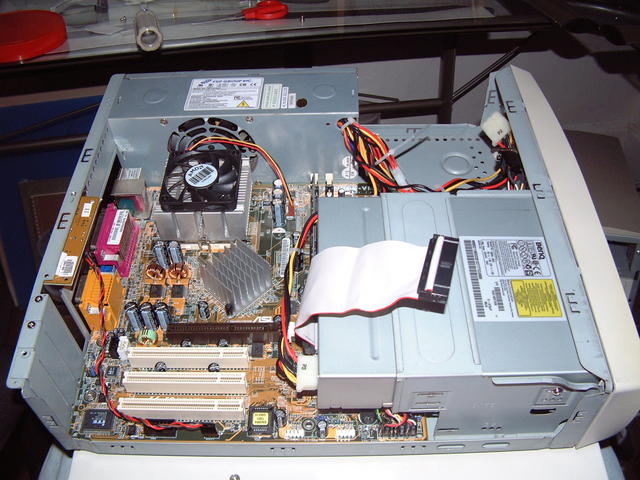 With this much finished, I threw a 19" monitor into the original CRT monitor mount and got the system up and running for the first time.

Most people don't know that CRT computer monitors have standardized mounting hardware for industrial mounts (how most monitors are mounted in arcade cabinets). Removing the plastic shell will expose these 4 mounting points. As long as the diagonal size and aspect ratio matches, you can swap in most CRT's as drop-in replacements for the specialized arcade CRT's at a fraction of the cost.

With everything functional, this is how the system stayed for about 6 months.

But of course, I can't ever settle for good enough. So on to phase 2... 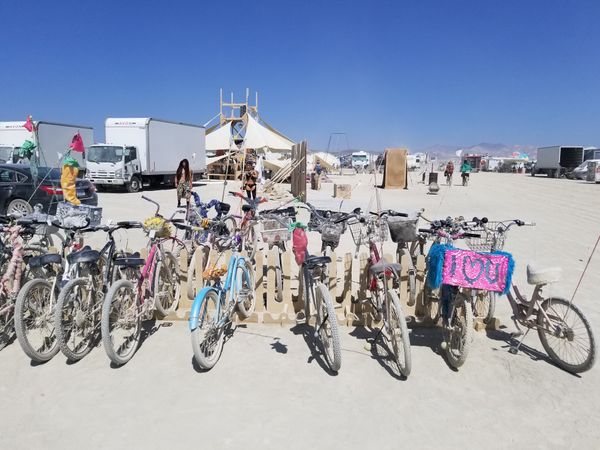